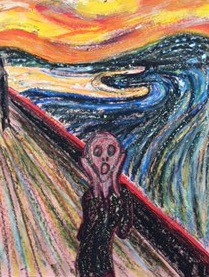 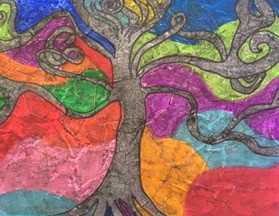 Students will be introduced to the grid-based abstract paintings of Dutch artist, Piet Mondrian. Based on Mondrian's famous tree series of paintings, students will draw a stylized tree on Masa paper applying oil pastels on negative spaces which acts as a resistance when watered down tempera paint is applied to the paper. 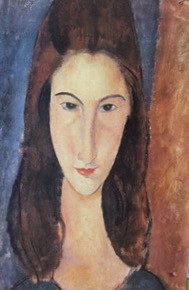 Amedeo Modigliani was known for his stylized portraits of people with elongated necks, almond shaped eyes, serene facial expressions all painted in monochromatic colors. Students will learn to layer and build up oil/chalk pastel colors and then blend with a blending stump, creating their own portrait on wood/paper. 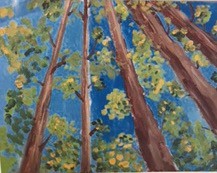 GIANTS OF THE EARTH

Students are introduced to the works of one of America’s most influential naturalists and conservationists, John Muir, and the history of the Sequoia National Park. They will create their own vision of the Giant Sequoia Forest from a worm’s eye view (1-point perspective) using watercolors, and acrylic paints. 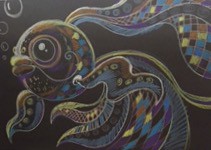 Inspired by the movie, "The Boxtrolls," students are introduced to the movie technique of stop motion animation. They will create their own 3D work of art using a cardboard box, model magic, watercolors and small vintage items.